From 2018 to 2020 the Australian Army, Air Force (RAAF), Navy (RAN), and the Australian Defence Force (ADF) as a whole released either specific robotic and/or autonomy concepts, or guidance documents which heavily involve autonomous systems (the latter in the case of the RAAF):

2019: RAAF, At the Edge: Exploring and Exploiting our Fifth Generation Edges

This suite of documents is interesting, revealing insights into how the services are approaching new and emerging technologies. They have appeared in the context of increasing funding being allocated to ‘trusted autonomous systems’, and various defence planning documents such as the 2016 Defence Industry Policy Statement identifying trusted autonomous systems as a priority area.

This blog will be the first in a series using data visualisation techniques drawn from the work of Giorgia Lupi and Stefanie Posavec to explore autonomy in Australian defence documents. Later work will explore different themes, as well as use a broader collection of documents outside those which have a specific focus on robotics, AI, and autonomous systems.

But first let’s start with the basics: mentions of the word autonomous in these four documents.

I have looked at the uses of the word ‘autonomous’ in these documents, including titles and in references. The only exception was from the ADF concept: it has a header on every single page with the word autonomous which, at 74 pages long, rather skewed the data. I have also not included variations of autonomous (such as autonomy or autonomously) at this point.

I was interested in the context in which the word autonomous was mentioned, and so I developed a number of categories I expected might come up: threat, opportunity, challenge, priority, neutral/descriptive, regarding aquisition, regarding ethical and legal challenges, regarding regulation, and regarding technical features/definitional questions. Due to no hits, ‘priority’ and ‘regarding aquisition’ were dropped. I expect these will make a return in future blogs which use an expanded selection of documents.

The categorisation process was also somewhat subjective – as the process of categorisation always is. This is in fitting with the spirit of Lupi’s ‘data humanism’, which emphasises that data visualisations should tell stories rather than seek to represent objective truths. Where mentions of the word autonomous crossed multiple categories, I picked the one which seemed to me to be the strongest theme. In one instance, a sentence in which robotics and autonomous systems are described as ‘both a threat and an opportunity for Defence’ has been double categorised as ‘threat’ and ‘opportunity.’ 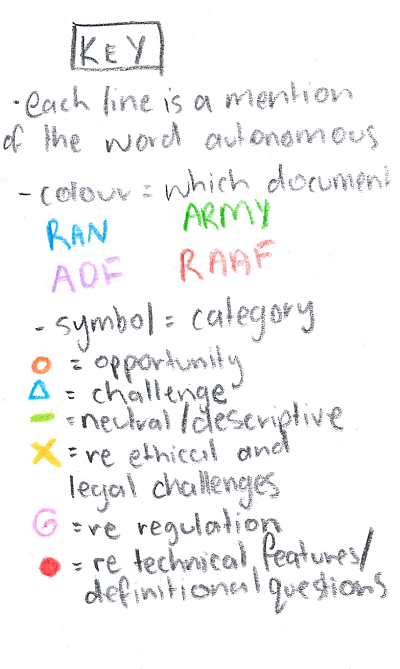 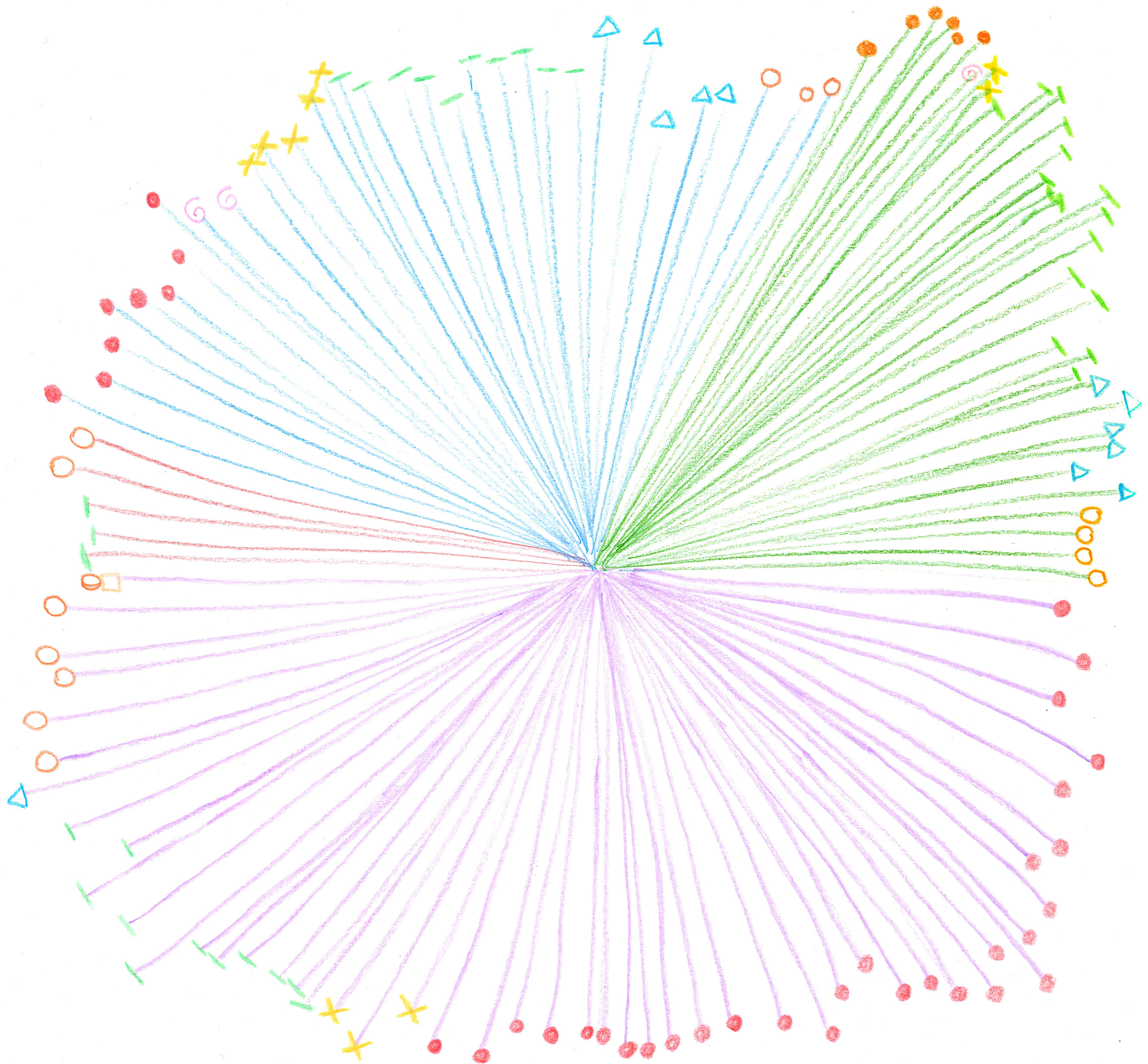